Reader Submission: PC Gaming on the Go with Kainy (Android)

Are you annoyed with having your 18 hour WOW sessions interrupted because you have to go to school or to work? Worry not, the fine developer known as Jean-Sebastien Royer has your solution. That is if you’re willing to drop $5.04. This is a remote desktop app that’s made to do one thing and one thing only, play PC games. At this moment the app does have its bugs and if you go into your purchase knowing that, then I think you’ll be fine. Even at this stage it’s an impressive app with a whole laundry list of features and is highly customizable.  Hopefully that will get enough initial support to allow/motivate the developer to improve on the app and correct the issues people are having, like not truly supporting tablets and other small issues like that.

The features that the app currently offers are rather impressive. It comes with about 100 preset templates that range from simple numbers, to hotkey spells, or even to icons for the more visually inclined people. They also have a number of different “d-pads” too ranging from the classic to the more PSP slider type. What’s nice about these buttons is that you can place them where you want so that they are the most convenient and most comfortable to you by simply dragging and dropping the icons from the icon tray. So how does it know which icon is supposed to do what? Easy, after you pick an icon you designate a key stroke or combo that that icon represents.  It is also capable of pushing out 60 frames per second of animation; mind you that isn’t without its exceptions. In order to achieve that level of fluidity, many things have to be put in place.  First, you have to have a fast enough internet connection or 3G/4G connection.  Secondly, your device has to be powerful enough to hand the stream. For some games, you might want to switch to accelerometer control (a good example would be for racing games), and you can as it has an option for that. It also supports full screen play so you don’t have to squint trying to see what’s happening on the small mobile screen. However, as one reviewer on the app’s “Play” page said, it doesn’t really support tablets. Instead, it uses Honeycomb’s 3.2 “stretch-to-fill” feature, thus causing image distortion. The app also encrypts your stream using a 128 bit protocol, for those that care about that sort of thing. 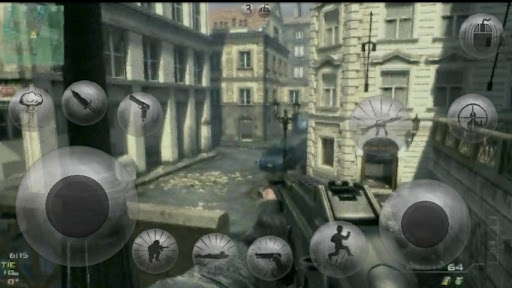 Who is this app for? Gamers really, but I’m sure you could use it as a normal remote desktop client. For just over $5, it would be a cheap one at that. Don’t expect this to play games that you couldn’t play on your PC, after all its streaming your PC over the air, not supplementing or enhancing your lack luster PC specs. In the demo video on the Google Play page it shows it running emulators, which might help win you over. It’s nice to not weigh down your phone’s storage with ROMS.  Also, some emulators aren’t that great for android unlike their PC counterparts. If you absolutely hate using touch screens then you have the option to hook up your Bluetooth keyboard, but not the mouse.  Apparently they haven’t included support for that peripheral just yet.

Charissa Newark is the resident blogger and the editor for AccountingDegree.net. After graduating from the University of Maryland with a B.S. in English in 2005 and unable to find a “9-5”, Charissa began freelance writing and doing research for various websites. A few of the current topics she is researching include her accredited online accounting degree and what is involved in earning a bachelor degree in accounting.
Previous Genius Releases One of the Slimmest Optical Camcorders in the Market
Next Lian Li Announces a Compact Chassis for Modern Mobile Data Storage

This site uses Akismet to reduce spam. Learn how your comment data is processed.

Show Us Some Love